DJS. About us. Team

A staff of five administers the school and serves its students and stakeholders. Team members are in charge of technology, finances, admissions, scholarships, internships and course schedules. They also organize the work of our board and our funders association. 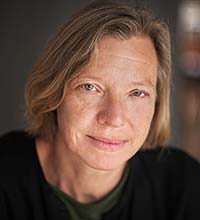 School director Henriette Löwisch is a journalist and alum of DJS. After graduating with a master’s degree in journalism in 1992, she worked as a news editor, foreign correspondent and editor-in-chief for the German service of Agence France-Presse. She served on the faculty of the University of Montana before taking over as head of DJS in 2017. 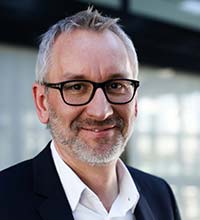 Sven Szalewa began his career at the Süddeutsche Zeitung. From 1990, the business economist was responsible for the editorial system at Münchner Abendzeitung. In 1997, he moved to the German School of Journalism, where he is Deputy Head of the School of Engineering, IT and Finance. 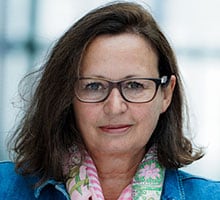 After ten years at Süddeutscher Verlag, Regina Wünsche started working at DJS in January 2010. She is responsible for the course schedules in collaboration with Henriette Löwisch, engages lecturers and is the contact person for the students in this area. She coordinates the admission procedure and organizes the general meeting of the funders association 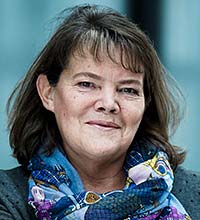 Karin Below works at the school for more than 29 years. She is responsible for the mandatory internships of the students while their training at DJS.
She is in touch with Print, Radio, TV and Online media outlets as well as various press offices.
Furthermore she is engaged in special projects of the DJS, such as research trips and exchange programs, and regularly represents the DJS at information events and in various committees.

We use cookies to ensure that we give you the best experience on our website. If you continue to use this site we will assume that you are happy with it.OkNo